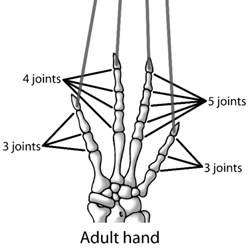 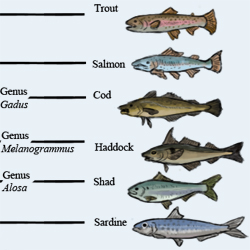 The "stages" represented here are highly simplified from reality (the "interlocking" and "non-interlocking" barbule stages are basically combined into one, since it's not really possible to tell them apart in fossils) due to making it as easy to understand as possible to creationists.

The caption, written by my partner Jonathan Kane:

Stage 2 - Bundles of fibers: Groups of unbranched fibers, each attaching to a central point. Found on Sinosauropteryx prima.

Stage 4 - Barbs and barbules: Rows of barbs attached to a central shaft, which branch further into barbules. Found on Protarchaeopteryx robusta.