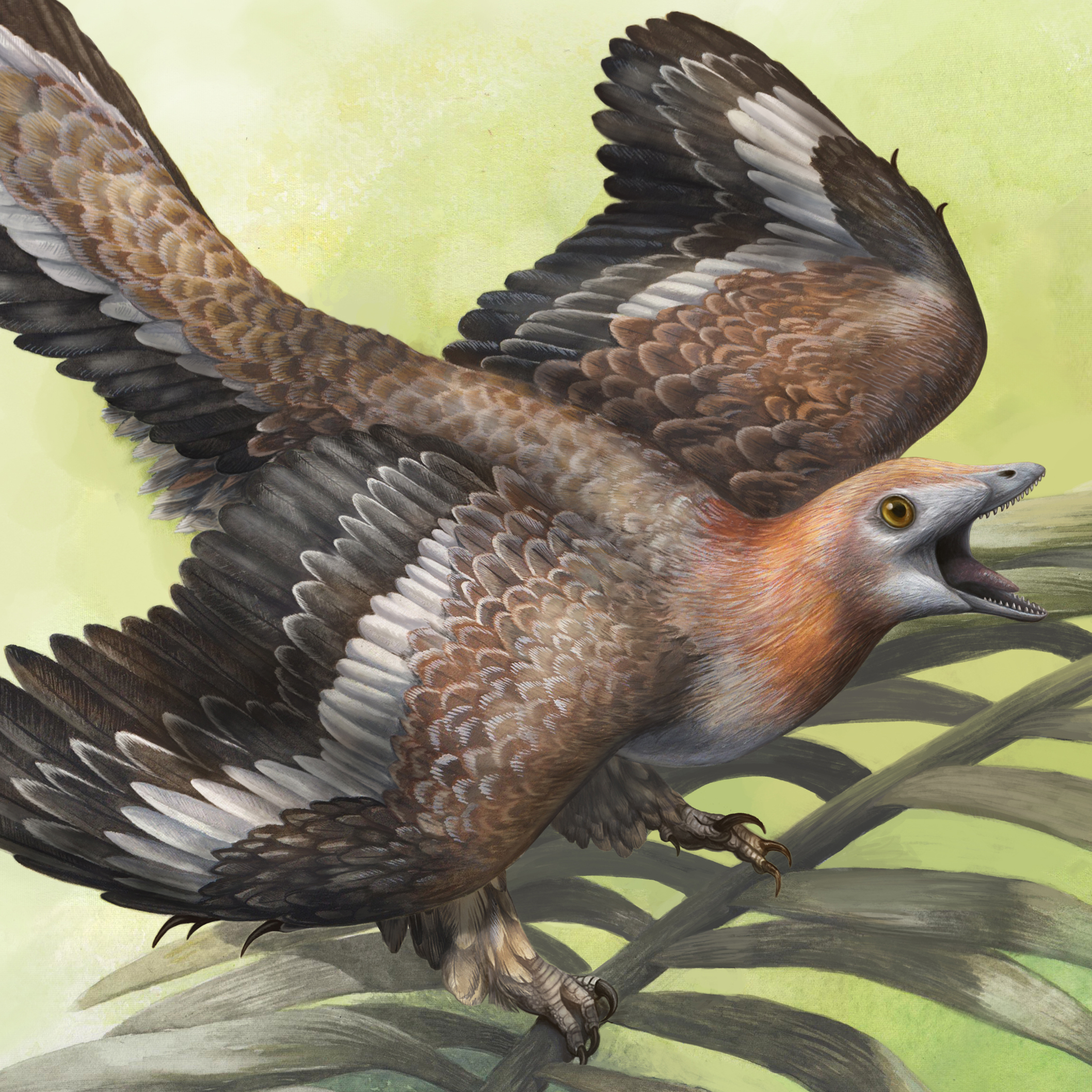 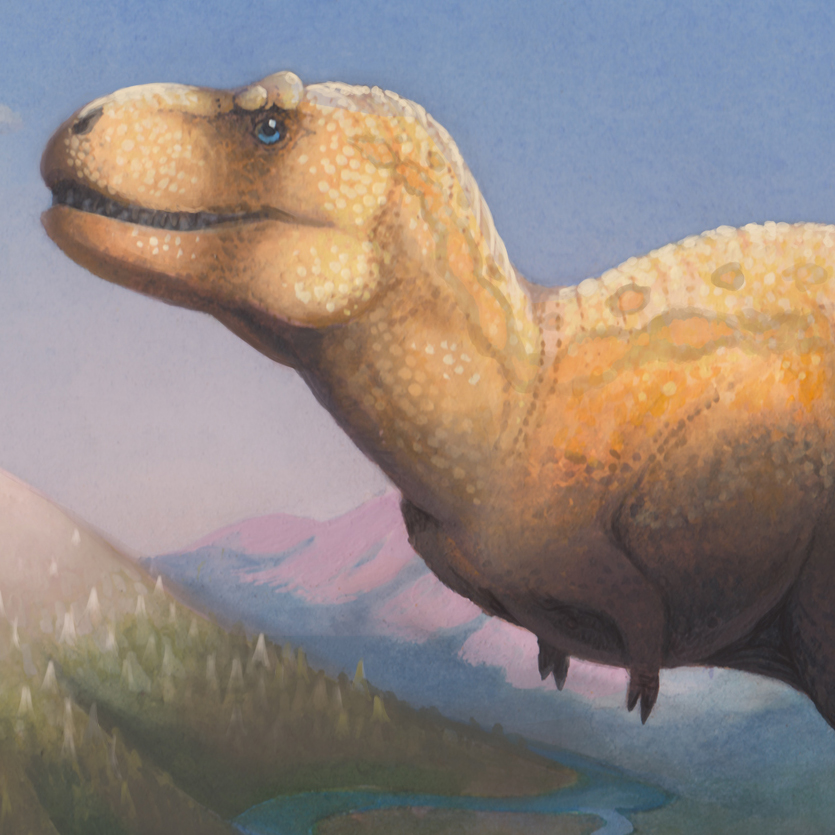 A painting from 2015, which I have not been able to share until now. Originally conceived as a close recreation of an older attempt at Epidexipteryx from 2009, this was produced for my book coauthored with Agahnim, God's Word or Human Reason?, about the case against young-earth creationism. The book is still available at Amazon for a limited time before we plan to release an updated second edition.

One reason I've been reluctant to share this painting is that it was researched, started and finished before the discovery of Yi qi, which may have rendered the wing feathers depicted in the painting as inaccurate. This painting was actually finished very shortly before the announcement of Yi, which caused some difficulty in the decision about whether to change the arms. However, as you can see from my eventual depiction of Yi qi itself, I would not have been happy with merely replacing the remiges with membranes—a large portion of the animal's body structure would have needed to be reinterpreted in order for me to be satisfied with its depiction as a real animal that looked organic and natural.

Ultimately, I opted against tacking on the membranes, and instead let its original depiction stay as-is. It may still have looked this way, though with lower probability than before the "Strange Wing" came along. Does this count as speculative paleoart, then?