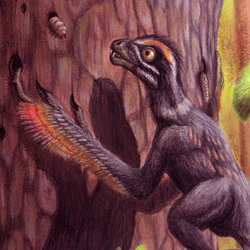 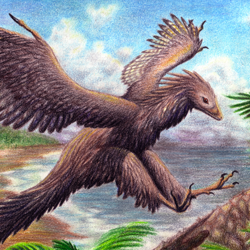 Sinornithosaurus millennii was a feathered dromaeosaurid from the early Cretaceous of China. It is very similar to Velociraptor, though around half its size, and is known from two described fossils, both of which preserve a full covering of feather impressions.

It is perhaps most famous to the general public through the NGMC-91 specimen, a juvenile dubbed "Dave", which is exquisitely preserved. However, in recent years it has been determined that "Dave" is probably more likely to represent an animal more similar phylogenetically to Microraptor.